It's December, which means the holiday music is out in full force. Particularly if you are a friend of mine.

My friend Jay Bonfatti used to do a special holiday CD and hand it out as a gift to his friends at this time of year. He did it for about 16 years, going from cassette to CD. They were always a treat, as Jay had such a wide range of musical interests. When Jay died, I figured I'd do a CD as a small tribute to him.

Here we are then, in year four of making such compact disks. I still get a laugh out of the idea of my friends throughout the country all listening to the same music that I picked out. One is even using it in her family's store as background music. Nothing like picking out flowers to "Christmas is Cancelled." The job of coming up with a playlist is in some ways easier and in some ways harder than ever before.

First of all, more music arrives every year, and a lot of it is available on line for free. Such websites as Stubby's House of Christmas does a great job of keeping up with all of it, and his genuine enthusiasm shines through with every mini-review. But on the other hand, I still have to listen to a lot of it in order to find out what's good and what's not worthwhile for my purposes. That means the new Bruce Springsteen CD, "The Promise," hasn't been thoroughly played yet. Call it a 2011 resolution.

It also means I'm a year ahead of everyone. The 2010 disk was made last December and then stored away. I've been working on 2011 for the last six weeks or so; I barely remember what was on 2010.

The reaction to the 2010 disk has been pretty funny. There are certain songs that jumped out of the speakers when I first heard them, demanding to be heard again. That includes "Everything's Gonna Be Cool This Christmas" by the Eels (you should hear the punk rock version sometime, featuring the brief comment, "Baby Jesus, born to rock"), and "The Christmas Song" by BR549, a country band I once heard open for Brian Setzer. There are others but you get the idea.

But few people mention those songs when saying how much they enjoy the music. I had a friend lean back before the start of a funeral and say, "The Drifters' version of White Christmas is the best ever." So you never know. And that's great.

Now comes the gift mentioned on top. With 2011 in the proverbial can (if you have heard of more than five of the groups, I'll be impressed), I'm still listening to new, interesting tunes for down the road. Donnie Iris has made a most remarkable version of "The Hallelujah Chorus." He did all of the voices himself. In other words, he put down something like 84 tracks over the course of four months to come up with a song. A critic described it as the Mormon Tabernacle Choir meets Queen, and that's pretty close to the truth.

And happy holidays.
Posted by Budd Bailey at 12:34 PM 2 comments:

Mark Murphy, currently the president of the Green Bay Packers but certainly better known as my biology lab partner in high school, wrote a commentary for the Washington Post today. The subject is the need to limit rookie salaries in the NFL. You can read it through this link.

Mark obviously was heavily influenced by the writing style in his high school newspaper's sports section. The obvious question: If Mark is getting stories written in the Post, does that mean I should try a hand at running the Bills? 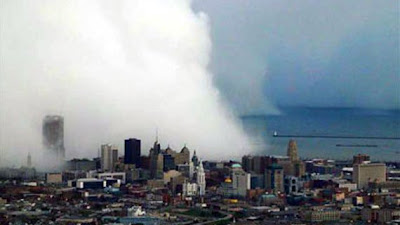 But in the meantime, my snowblower remains unused this season.
Posted by Budd Bailey at 5:48 PM No comments:

One of the things I've learned about journalism -- and I guess this applies to practically anything else -- is that few people have strong opinions about the issues of the day, and are still well-liked. Doing both at the same time can be a difficult juggling act.

Jim, who died on Tuesday after a year-long illness, certainly let you know where he stood on matters. You found out those positions if you were reading his work in the newspaper or on line, or if you were shooting the breeze in a bar after a game. But I'm not sure I knew anyone who had more friends in all walks of life, either. NHL executives along with team owners and general managers knew Jim, but so did the ushers and beer salesmen at Sabres games and a ton of other people around Western New York. He greeted them all equally, with genuine enthusiasm. I think there's a lesson there.

Jim and I were relatively close in the professional sense for 15 or 20 years. When I was covering the Sabres for a radio station, Jim was just taking over for Dick Johnston as the beat writer for the Sabres for the Buffalo News. He always seemed to have time to talk to a young pipsqueak like me at the time, as he did others. I could always count on him for interesting conversation and an honest opinion -- plus a funny story or two on what bizarre stunt Scotty Bowman had pulled while he was with the Sabres. Tellingly, although Jim complained a lot about Bowman, he said after the GM/Coach was fired, "I kind of miss the games that Scotty and I used to play."

Then I moved on to work in the Sabres' public relations department for six years, and that relationship changed. I usually had to go to Jim to find out what was going with the organization, because he had better information than I did. The relationship between writer and team official is supposed to be an adversarial one, but it was rarely that for us. One time at the NHL Entry Draft in Minneapolis, Jim announced that he had set a league record for the largest number of a particular cocktail consumed in one night. As the Sabres' statistician, I supplied the official count.

Jim played a key role in one of the single funniest moments I've ever had on a golf course. We were playing together in the Sabres' annual outing at Crag Burn; I always made sure my media friends were on the guest list. Jim's writing was much better than his golfing, and on a par 5 he took a tremendous swing off the tee. It was such a bad swing, though, that he hit the ball with the bottom of the driver. The action caused the ball to hit the ground and then spin backwards, resting behind where he had started. Playing partner John Gurtler pulled a yardstick out of his golf bag -- I still have no idea why he carried one -- and measured it: the ball had gone backwards 27 inches.

After leaving the hockey team, I moved over to cover the Sabres for the News, and Jim was the hockey columnist. I was sort of thrown in the water without knowing how to swim in some ways in that position, and Jim was usually there to throw me a life supporter when necessary. After all, he'd been there. He knew of the constant travel demands that job creates, including missed birthdays and anniversaries. Jim told me one time that he knew he was traveling too much when he walked into a Montreal bar and the bartender said, "Hey, Jimmy, my boy, the usual?"

Jim often talked in those times about overstaying his welcome at the News, and was one of the first print reporters to make the jump to the Internet. He took a job as a columnist for Foxsports.com in 1999; I can't imagine what Jim thought about taking a paycheck from the reactionary Rupert Murdoch. I know he was well compensated for the move, but I always thought this Western New York native was a better fit writing for a hometown audience.

Jim and I drifted apart in the last several years, mostly because of different professional and personal situations. He was driving to Toronto for radio work or tending to children/grandchildren, while I was working the night shift in the office. My loss.

My last communication with Jim was something of a gesture. Seymour Knox once gave me a tie with the Sabres' old/new logo on it when I worked for the team. I knew he was sick, and I sent it to Jim only a couple of weeks ago, with a note that explained where it came from and said, "I think a new Buffalo Sabres Hall of Famer deserves to have this. Congratulations." He didn't respond, and the other day I figured out why. It was the latest loss in a sad string of them for those who have worked in sports journalism in Western New York over the last few years.

The last time I talked to Jim was some months ago, at a Greater Buffalo Sports Hall of Fame meeting. I made sure to sit next to him at a luncheon. On the way out, I wished him well in his cancer treatments, and he replied by saying, "I think I'm in a good place."