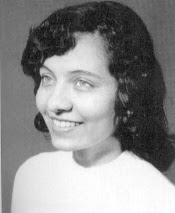 Whenever I get the chance to hear an interesting person talk, I try to do it. Heck, I might learn something.

Such was the case when Diane Nash spoke at Canisius College tonight. The name might not be familiar to everyone, especially under 50. But Nash is a relatively important figure in the history of civil rights of this country.

Nash happened to be at Fisk University in Nashville around 1960 or so. She was an active participant in the first sit-ins and protests at segregated lunch counters there. Who would have thought that not eating the less-than-delicious food at a Woolworth's for lunch would have started a revolution? Nash later became one of the famous Freedom Riders, who helped desegregate the interstate bus lines. Heck, she called out reinforcements after the first wave ran into problems. Oh, she called them from jail after she and her friends were arrested.

Nash has a relatively big role in David Halberstam's book on the Movement, "The Children." She was so pretty in her college days that she was practically a recruiting poster for the local Movement; most of the male volunteers supposedly found love at first sight. (See the 1960 picture) She married, and eventually divorced, one of the other workers.

There aren't many people like this left, people who lived through history, so a friend and I headed off to see her. It wasn't what I was expecting.

The first question about such a person is along the lines of, "How did you get involved?" Basically, she was a Chicago girl, a city where the racism was much less overt. She wondered why someone wasn't upset about it in Nashville, and went searching for people who were. She found them. Right person, right place, right time.

But from there, Nash went into a rather abstract discussion of the principles of non-violent protest. It would have been a fine classroom lecture in a class, but this wasn't a classroom. I saw no need to take notes. One aside was devoted to her belief that the North Vietnamese put up a noble fight against American imperialist aggressors in the Sixties and Seventies; she sounded ready to enlist again in Hanoi right now. Well, Nash hasn't lost her fury.

I wasn't expecting "What Did You Do in the Movement, Mommy? A light-hearted romp through the Old South" as a speech. But a little more "What was it like?" would have been useful. That's particularly true for a college audience, which no doubt thinks of segregated water fountains as ancient history. For a representative of a group that acted to try to help future generations, some background for those generations on the experience from her would have been useful.

I also hoping for a few good questions after the formal speech. Maybe something like, "What were your emotions on the days that Obama was elected or inaugurated?" Or, "When did you know you were going to ultimately triumph?" Or, "Can you guess how many times you thought to yourself, 'It sure would have been easier to do nothing.'?"

But there wasn't much of that. One question was asking for more detail on her Vietnam experience, and another was about the influence of Pan-African thought.

I didn't pay to get in -- they even had free cookies -- so I can't complain too loudly. Still, perhaps the best part of the night came at the beginning. That's when Nash might have looked around at the crowd of maybe 250 people or so, and saw all sorts of people in a variety of hues gathered together. Fifty years ago, such a group in Nashville might have led to a call to the police department.

We have made some progress. It's good to stop and notice it sometimes.
Posted by Budd Bailey at 11:18 PM