The Decline and Fall 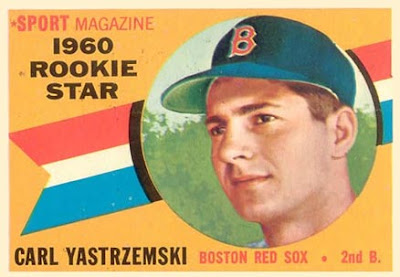 Every once in a while, Sports Illustrated comes through with an unusual article that demands to be read.

Such was the case this week, when it had a story on that great American institution, the baseball card.

It seems business is less than booming in the card business. Shops have been closing across the country for years, and interest is dropping in the same proportion.

It's pretty easy to easy to determine the problem: greed.

Way back in the 1980's, Topps lost its monopoly rights to baseball cards, which because of a variety of factors but mostly tradition is the only type of card that has really mattered to most. Other companies such as Fleer, Donruss, Score and Upper Deck jumped into the card business. So after 30 years of needing to buy one set of cards per year (if you tried to buy the cards through packs, it took about 400 nickel packs and your teeth were ruined by the enclosed bubble gum in the process), suddenly a collector needed three or four full sets a year.

Sure enough, with billions of cards printed every year, the bubble inevitably burst. (See tulips, comma, Holland in 1624.) No one could collect all the cards, so many stopped buying any. That's where we are today, with Michael Eisner, of all people, hoping to guide Topps back into its traditional place in the market.

There's still a soft spot in my heart for those pictures and statistics on cardboard. I used to own more baseball cards than anyone you knew back in the 1960's, pestering my parents for a dime every time we visited a store that sold them. The card shown above is Carl Yastrzemski's rookie card in 1960, even though he didn't reach the majors until 1961. (Yaz just turned 70; happy birthday to my favorite player as a kid.)

By the time I was 11 I had gotten smart and bought sets. Yes, they'd be worth plenty in mint condition now, but there was no good way to store them back then and they mostly were thrown into a big box with a few thousand other cards. You can guess about the crease damage.

Then in the early 1980's, nostalgia washed over me and I started buying sets again. They had invented plastic sheets and specifically shaped cardboard boxes for storage at that point, so I stocked up. After some years, though, I sold off some of them when the opportunity came -- mostly on eBay. Then a few years ago, I looked in my upstairs closet and said, "Would I rather have these pieces of cardboard, or a new set of irons?" My golf game won; I got $600 for most of the cards. I made some money but hardly got rich.

I still saved a couple of sets from the early 1970's, though. They aren't in great shape so they aren't worth much, but it's still fun to look them over once in a great while. Seeing them is a throwback to a simpler time in my life, and in America's.
Posted by Budd Bailey at 8:33 PM

Outside of the cards that my mother "threw out", I also took an opportunity to cash in when I needed money to take a European trip. I sold them to a close friend, who still has them. It kind of kills me that such cards as a Pete Rose rookie card were in the batch. I just want him to give them back (for free of course). I do have a few of my original cards, the ones that were pasted into my book (and unsellable) including a Mickey Mantle card with an accompanying caption printed next to it in pencil that said "Fan Club". He was my favorite, probably still is.